Why jealousy kills relationships & how to stop it 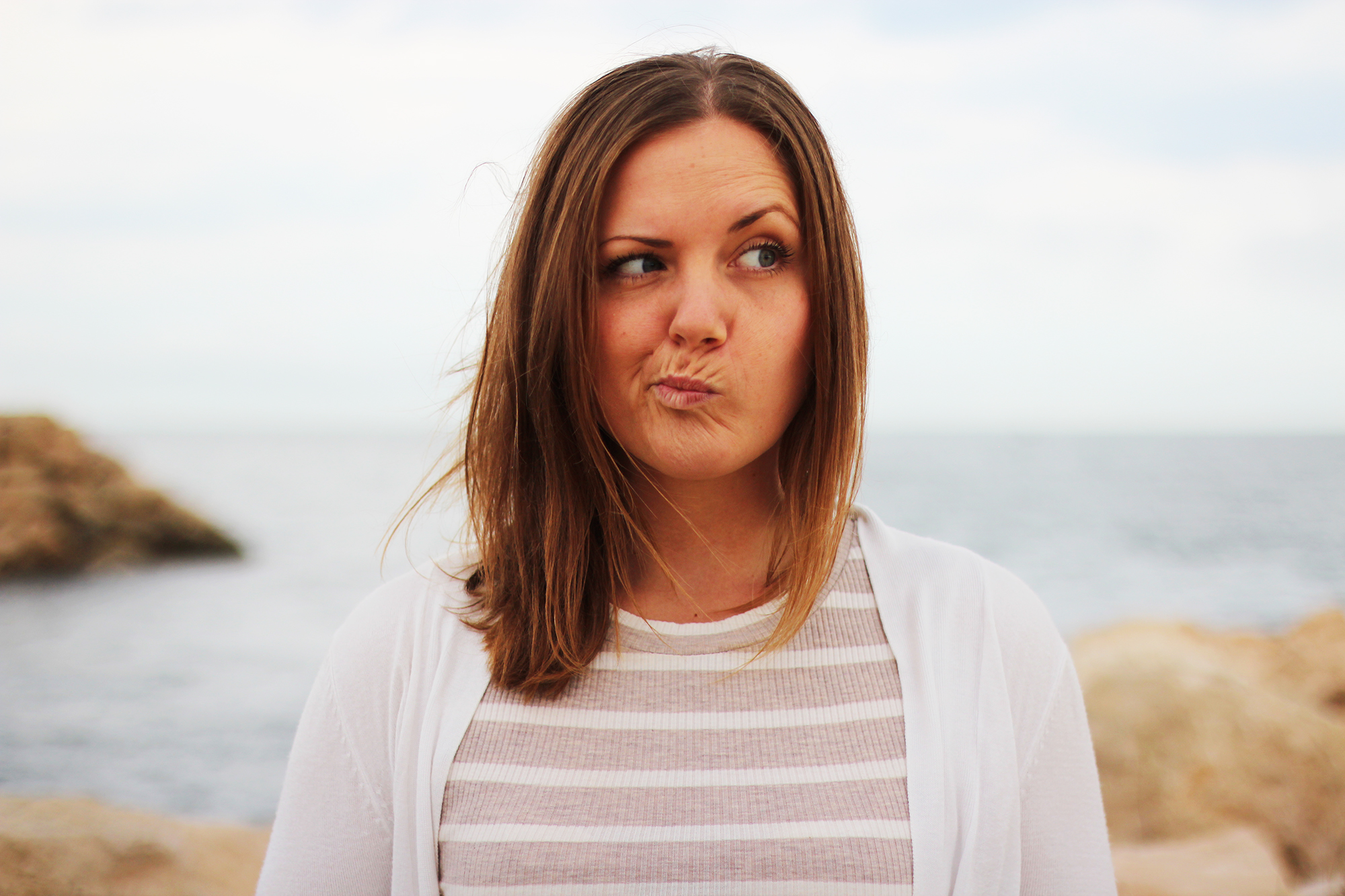 I first noticed jealousy with a partner when I was 18 years old. My partner at the time would talk to women when we were out and about, and immediately I would assume he was interested in them and not in me.  He would talk openly and consistently about his ex-girlfriends and so I figured he was still pining over them and planning to break it off with me. I would react in such an immature way that would punish him by using anger and ignoring him (ie: withdrawal of love) to control and manipulate him so I would ensure it didn’t happen again and so I didn’t have to feel any sense of betrayal or perceived abandonment.

I was deluded to think that my jealousy issues just vanished, poof – gone, because I didn’t experience them often, if at all, for many, many years. Turns out, I’d controlled and manipulated my partner so much so that he was frightened to have female friends for fear of me punishing him or even worse, leaving him. I created a situation that would ensure my wounding or pain wouldn’t get touched by ensuring he was constantly feeling threatened and I got to avoid feeling any discomfort. At some point we both just “behaved” and unconsciously agreed not to touch each other’s wounding. Pretty terrible stuff!

Fast forward 14 years to where I’ve found myself with an enlightened teacher and have begun to really start looking at myself and delve into my inner workings. Being in a new relationship with Tao, it’s like facing my 18 year-old self again. Jealousy has reared its’ ugly and destructive head and is a work in progress for me as I begin to unravel what it is and what to do about it. Come on an adventure with me as we go on a jealousy journey…

WHAT IS JEALOUSY (AKA THE GREEN-EYED MONSTER):

On a very deep level, jealousy is a primal reaction. My teacher speaks about how men and women (aka: the species) are programmed to get together and then have babies – this is why the ‘honeymoon hormones’ exist, so couples are effectively blinded to each other’s faults long enough to stay together, hopefully procreate and then the species survives. Whether or not children are part of the equation, the couple is bonded to one another.

When there’s a perceived threat to that process such as boyfriend talking with another woman, suddenly primal alarm bells go off *WARNING, WARNING, future babies won’t happen if this eventuates, WARNING, WARNING*. Or he won’t be around to protect you and the baby from a potential saber tooth tiger attack if he’s no longer around.  Effectively, it serves as an internal alarm bell to protect the species. Sounds pretty dismal, but when you take the fairy-tale romance out of relationships (thanks Disney princesses for keeping the prince charming/romance dream alive *shakes fist in the air*), and see them for what they really are and that we’re pretty much just smart animals acting unconsciously, it makes sense to me.

Forget the actual story here about who or what was morally right or wrong, right now we’re going underneath and looking at MY process in this and how to deal with jealousy. Not feeling what gets touched in the moment and also believing the event shouldn’t be happening in the first place, is a wonderful ground for ensuring my reaction happens again and again because I’ve not been willing to feel the wounding, just be with my experience and accept what is happening in the moment.

Ok, so we’ve gone along the journey and covered a little bit of what jealousy is (aren’t we having so much fun?). Now, what to do about it?

Be aware, detach, don’t act out:

The first step is to become aware of the jealousy. Maybe you can actually see the trigger/touch – you might see yourself getting angry or your behaviour may have changed to be more shutdown and closed. Maybe you can feel it physically as a sensation… a burning in your chest, tightness in your diaphragm. Have a look. Notice what’s happening for you, and if you’re angry, stop it immediately and don’t act on the jealous feelings. There’s a huge difference between having jealous feelings (ie: just being aware it’s there and going about your day) and jealous behaviours (ie: manipulating a partner with anger to stop speaking to another women). Acting out when jealousy arises is a signal of an unwillingness to face what’s inside me.

Get some detachment if you can (oh hi there daily meditation practice) and see that Miss jealousy has popped her head up. An example of a detached response: ‘ahh, ok, I see, jealousy is here’ with my awareness on my own experience, as opposed to a reaction: ‘Raaaah, what a bastard, I hate him! This is unjust!’ with my awareness on an external story or person. Pretty big difference, huh?

Ok, so jealousy is here. That’s ok. Take a moment, breathe slowly and deeply. Accept firstly that jealousy is here. Maybe you then begin to feel a sense of betrayal, sadness or grief. Without acting on these feelings, see if you can practice warmly welcoming and allowing them to be there. Accept that you have these feelings and allow them to be there with such gentleness, without moving to distract, change or make them go away.

Tao did a wonderful interview with Raphael on warmly welcoming which I highly recommend listening to by the way, click here to check it out.

And on the flip slide, even if something IS happening, what about making THAT ok? There’s a practice my teacher has recommended for when there may have been an act of betrayal or abandonment as an example: consider the incident if something has happened, the other person or people involved in incident and also yourself in the incident. And hold each 3 things in tenderness. It’s not easy but it’s a beautiful practice.

Ask questions: I see I’ve been triggered and I notice jealousy has appeared. What belief systems might I be holding onto? What do I believe to be true right now? Is it that I feel my partner shouldn’t speak to another woman because that means he is attracted to and interested in being with other women? Or that I feel we have an unspoken agreement whereby you don’t speak to woman and I don’t speak to men? And if something IS happening, then who’s to say it shouldn’t be happening?

It could be that jealousy is being fueled by supporting belief systems around relationships and resisting when things don’t go that way. Have a look. See what’s going on beneath the story. I love what my teacher Vishrant says about examining the mind when I’ve been triggered, he says to ask ‘why is it so?’. Genius!

Here’s something else to consider: in response to questions on jealousy, my teacher Vishrant says something along the lines of ‘you don’t own someone’. When I have detachment and I look at that statement ‘you don’t own someone’, well, yes! Of course, you don’t own someone, it’s just not possible. They’re not a caged animal on a drip feed (and geez what a terrible and unloving way to be in a relationship) because a loving mature relationship with mutuality = freedom! When I have looked at this in depth with Vishrant, I notice somewhere deep inside there’s a sense of security in being ‘owned’ and ‘owning’. So what I’m actually staring into the face of is my attachment to security.

As a jealous person myself, there’s been a constant seeking of security. “I need to know that he loves me and isn’t leaving”. Ironically, when this one arises, some people abandon before being abandoned in order to feel certain (and not have to feel any wounding that may be there). I know that trick – that’s what withdrawal of love is all about… ever ignored someone because they didn’t do what you wanted them to do? Walked away? Left the conversation? Before they could get a chance to? Even further than that – left a partner when you felt things weren’t going well so you could be the one to leave first?

Uncertainty is part of life, you can never really know what’s going to happen in a years’ time let alone 5 minutes from now. I mean, my partner may go for a drive to the shops and never come back. A little dramatic I know, but true! Impermanence is still something I am contemplating but I do know from my own experience that people die every day, people leave relationships every day. It’s just the way it is and no amount of cajoling is going to change that, in fact, it may even create the situation (somewhat of a self-fulfilling prophecy). And who wants to be with someone who’s controlling, manipulating and punishing them? Make it a priority to practice making insecurity in relationship ok and in that process, being loving, gentle and kind to YOU no matter what.

We have neared the end of the journey through jealousy. One thing is for sure and it’s that jealousy can be very destructive to relationships. If you’re interested in having a kind, loving and intimate relationship with your partner but find yourself caught in jealousy often, then it may be worth trying something different to what you’ve been doing (especially if that’s getting angry, punishing and/or abandoning). Here’s a brief recap of what to do when jealousy arises:

May you love, serve and be kind to one another.

PS: Tao interviewed our teacher Vishrant on healthy relationships and intimacy, it is well worth checking out. Click here to watch.

I’m Back!… A 2 Year Buddhist Retreat

Tami Simon Interview Self Acceptance and Caring for Yourself